Stein Sign Display partnered with Crestone Builders to re-brand the Sioux Valley Coop store on Hwy 20 and Hwy 212 in Watertown. The signs used in this re-branding effort are called “Reverse-Lit” Channel Letters. They illuminate from the backside of the letter, creating a halo effect. It’s a style of channel letter that really stands out and creates a WOW effect.

The other product to highlight is the use of the LED Light Stick around the perimeter of the building. Historically, neon would be used for this type of effect, but Sioux Valley Coop opted for the newest technology available.

We are grateful to have partnered with Sioux Valley Coop and Crestone on many projects. This particular project just makes you say, WOW! 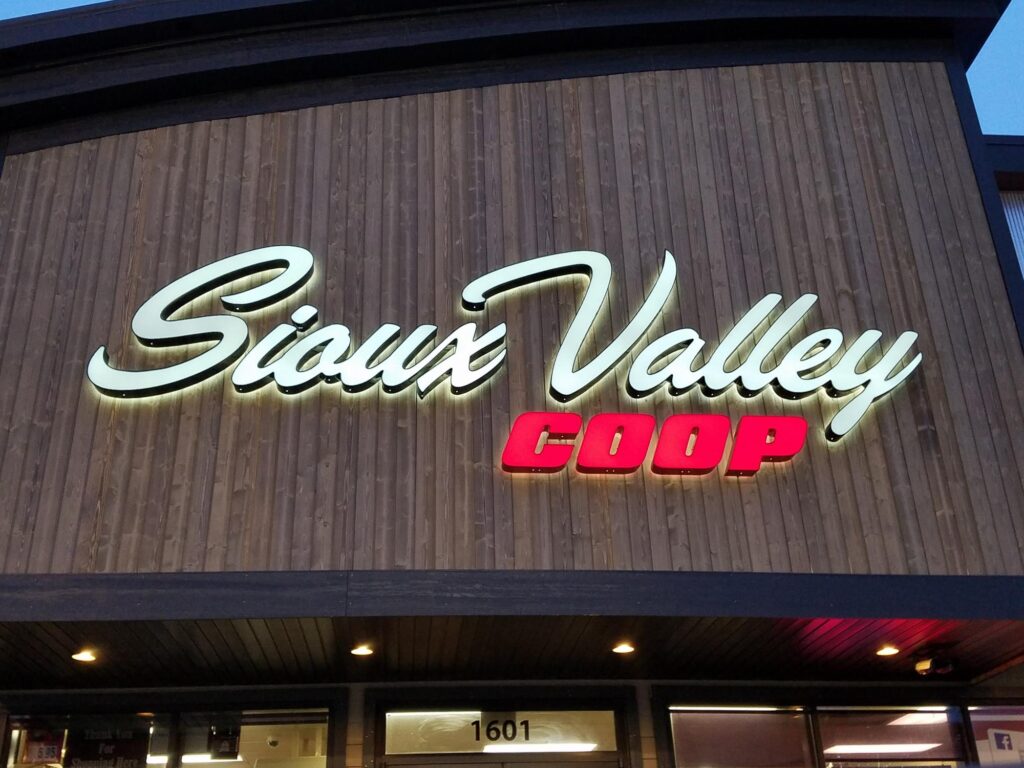 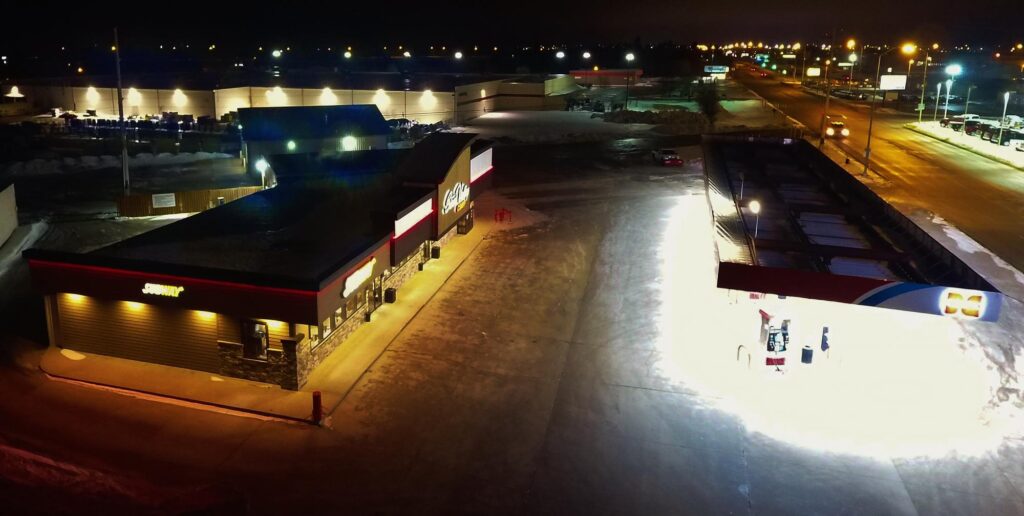 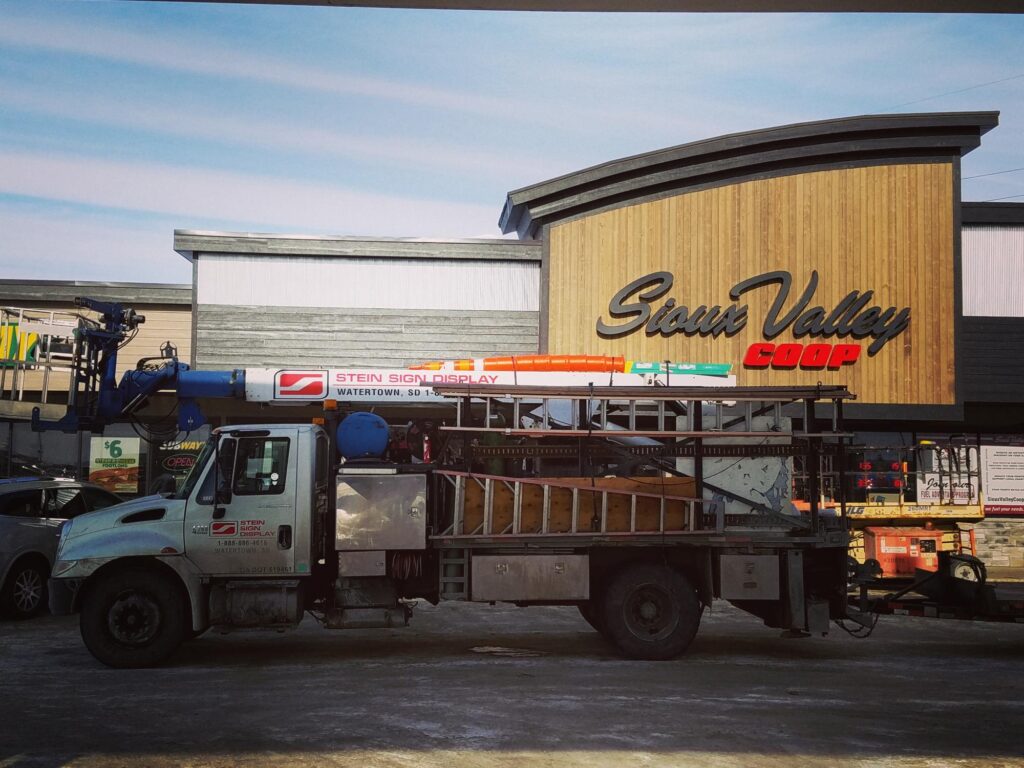 Billboard Advertising on the interstate just became a little easier!  Stein Sign Display is proud to launch the newest digital to its portfolio with a 14'x42' digital display.  As the saying goes, "Location, Location, Location."  This brand new billboard is located... 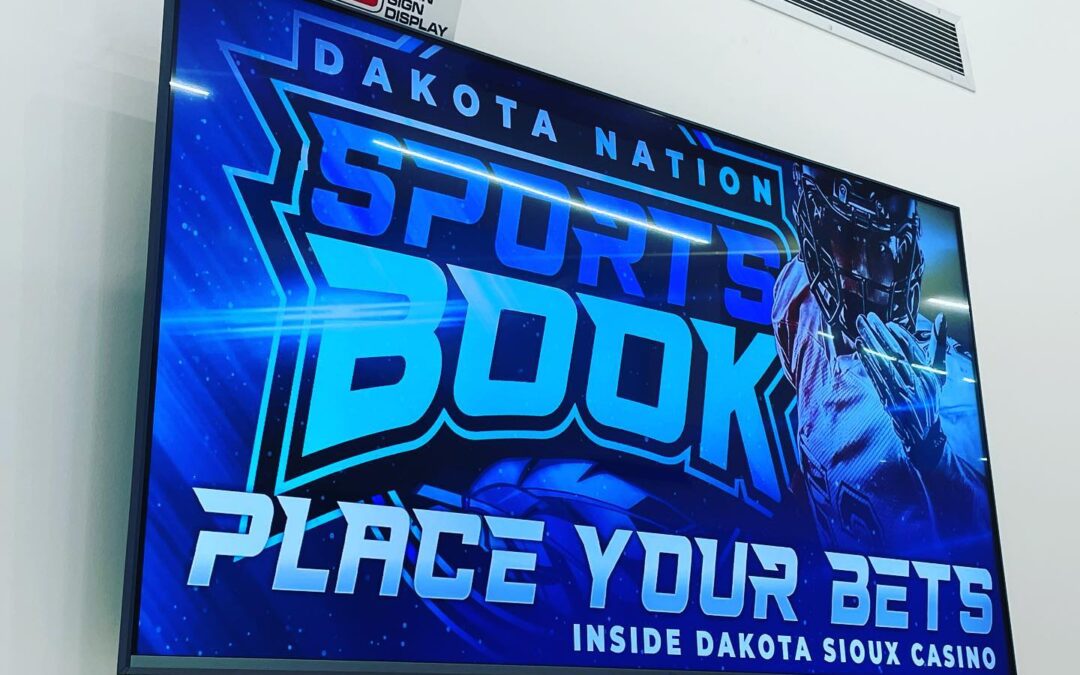 Stein Sign Display, Founded in 1952, was orignally named Hi-Way Sign Co due to the number of billboard faces the company had.  However, after the Highway Beautification Act, many of those original sites no longer exist.  Since then, Stein Sign Display has been... 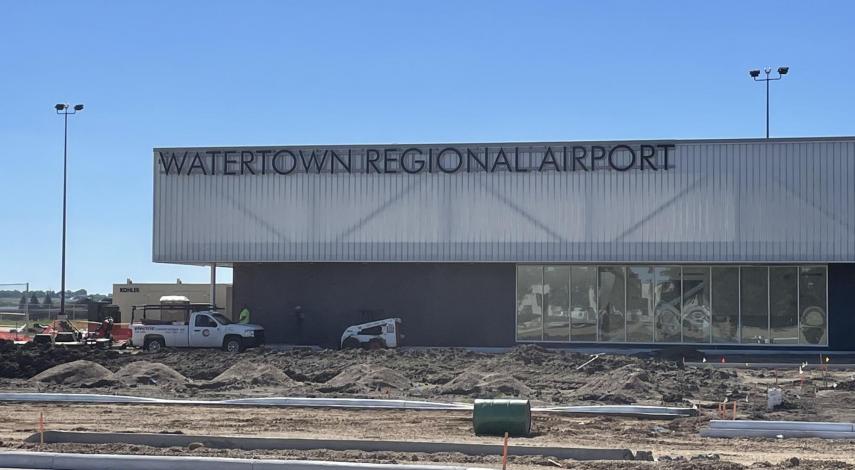 Sunday, July 10, 2022 - 02:45 The City of Watertown, in conjunction with the new Watertown Regional Airport, has awarded Stein Sign Display the rights for providing advertising throughout the airport terminal. 6 monitors will be located and placed throughout the...